Jenny* a 36 year old mother of 2 young children. She has a wonderful husband and takes care of her family in addition to working. But Jenny was constantly aching and in pain. Thin-framed and hurting all the time, Jenny has lived with Rheumatoid arthritis for more than 12 years. When Jenny first came to Banksia she was a young woman who wanted relief from pain and was looking for more mobility to live her life. Jenny constantly dreaded wet weather because with the rain came the feeling  pins and needles pain in her shoulders, and her hips would ache. Her energy was always low as her pain consumed what life was left in her body. This lady just wanted to feel fantastic and great again without pain. Jenny wanted to be able play with her children again without the constant ache or having to pay for it later.

One day Jenny shifted some furniture and afterwards her whole body hurt due to the strain. Life didn’t have too many smiles for her and all of this was aging her. Every movement hurt and Jenny’s fingers and ankles had become deformed and stiff. Having told you have Rheumatoid arthritis in your early 20’s  is not a pretty scenario to face for anyone and wanting to bring up 2 children, take care of your home life well, this lady has had to defeat the odds.

This is Jenny’s Banksia Journey…

After feeling so sore and in pain Jenny called Banksia Woman’s Healing Centre as she didn’t want to take medications. She knew the side effects of how some of these medications could affect her liver and her future health. After having treatments of acupuncture and taking Chinese herbs Jenny has discovered a life without pain. A life she’d only really dream of before now.

As we talked about her health Jenny mentioned her bowels would only empty every five days. From a therapist perspective, this isn’t a great scenario because our bowels are like another brain and if they don’t function properly it’s telling us something isn’t quite right. Like a rubbish tip, if something remains in the bowel for a long time it rots and becomes toxic. This is essentially what was happening to Jenny’s body from the inside with her bowels from on the outside exhibited by her arthritis and inflammation. After being treated, her bowels became regular and she started feeling better. Now Jenny passes a motion every 1-2 days. Much better than five days apart and she will eventually become daily which is what all people should be aiming for.

As we have continued to work together and through our discussions we identified some resentment and anger stuck at Jenny’s emotional level within and we have worked through this with kinesiology and affirmations. Helping her to let go and live without the past caught inside her. This is freeing her from trapped emotions affecting her health and allowing her body to heal.

In addition to her Rheumatoid arthritis and bowel troubles, Jenny struggled with menstruation. When she had her period it was heavy and painful causing fatigue, exhaustion and her feeling nothing less than drained. We are now working through this with her through acupuncture and Chinese herbs to rejuvenate her.

Today as we continue to work with Jenny she is starting to glow. This lady may not quite have straight fingers just yet but her movement and ability to do things without pain is a far cry from her first steps into Banksia.

Jenny now plays games with her children and is happier as she copes with her life easier. Her work colleagues have even commented how well she looks and with some added weight on her body frame she is much stronger than she has been in a long time.

If Jenny can change her life from pain to joy you can too. 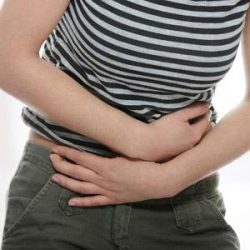 Cramps, cramps, cramps! They wake you up in the middle of the night when all you want to do it sleep. On […]

This site uses Akismet to reduce spam. Learn how your comment data is processed.